The real traffic impact of the London Marathon

The London Marathon is one of the year’s highlights for runners across the globe. It’s also one of the most dreaded days of the year for London’s drivers – but should it be? Every April we read reports in the media about traffic chaos and major disruption for the capital’s road users, so we looked at actual journey data from the day of 2018’s marathon.

The results? Within six miles of the marathon route, 83% of journeys did not cross the route and were entirely unaffected. And journeys that did cross were not significantly disrupted. In other words, this year’s marathon is unlikely to have any major impact on your road journeys across London. Let’s take a closer look at the data that tells the story.

The numbers from the 2018 London Marathon

Our data science team analysed over 5,000 road journeys within a six-mile radius of the marathon’s course. This includes any journey that started or ended within the radius, as well as those that travelled in the area at any point. These were compared to a control set of data, i.e. journeys from other Sundays around the same time of year, to understand the impact of the race.

All journeys near the London Marathon

First of all, we looked at every journey that took place – fully or partly – within six miles of the 2018 London Marathon. Compared to a typical Sunday, there was virtually no difference in the data.

As you might expect, the average journey was slower on the day of the race, but only by 0.9%. Even more surprising is that the average speed of each journey was actually 3% faster. This is most likely a result of drivers being re-routed or taking the initiative to drive less direct routes, helping to alleviate congestion closer to the course.

In fact, for journeys that do not directly cross the marathon route, drivers actually reached their destination faster– possibly due to fewer vehicles on the road in anticipation of the marathon. Non-crossing journeys took 1.2% less time, on average, travelling at 2.9% higher speeds.

Intersecting journeys across the course

There’s very little difference to journeys that skirt the marathon completely, but what about intersecting journeys? These are the journeys whose most direct route would be to cross the course itself. Roughly 3% of these journeys don’t happen at all, probably a result of re-scheduling and the fear of traffic chaos. For the drivers that did go ahead, there was undoubtedly a bigger impact on journey times, something you’d expect to see as you get closer to the race course.

Crossing journeys on the day of the marathon took 16.1% longer on average. In real terms, however, that would make a 45 minute journey about seven minutes longer. It’s not a huge amount and certainly not enough to justify not driving. As with non-intersecting journeys, the average journey speed actually increases – this time by 3.3% – as a result of taking less direct but faster roads.

Driving during the 2019 London Marathon

Not everything can be predicted by data. There’s always a chance that you could be the unlucky one to get caught in particularly bad traffic. Nevertheless, our data shows that the hysteria about the effect of the London Marathon on the city’s traffic is unjustified. If you’re scheduling journeys across the city or are thinking of taking a trip yourself, we recommend you go ahead.

Our data science team are always keen to uncover insights and surprising findings. Read about their project comparing drivers in London and Paris. 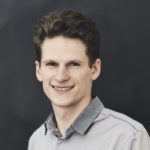 Maciej is part of the Data Science team at Masternaut, which he joined as one of its first members in late 2017. Prior to that, he worked as an experimental researcher investigating the mysterious world of fundamental particle physics, concluded with obtaining a PhD at University College London. Now, he employs his analytical skills and machine learning experience to discover valuable insights hidden in telematics data and to help our customers seize the unseen advantage.

END_OF_DOCUMENT_TOKEN_TO_BE_REPLACED

Use of this website signifies your agreement to the Terms of Use. © 2019 Masternaut Limited. All Rights Reserved